Plant trees and stir the soul

In this blog, published at the start of 2023, David Robinson offers some personal reflections on working towards deep rooted, sustained social change. He draws out two urgent and important lessons from 40 years working in this space: plant trees and stir the soul. 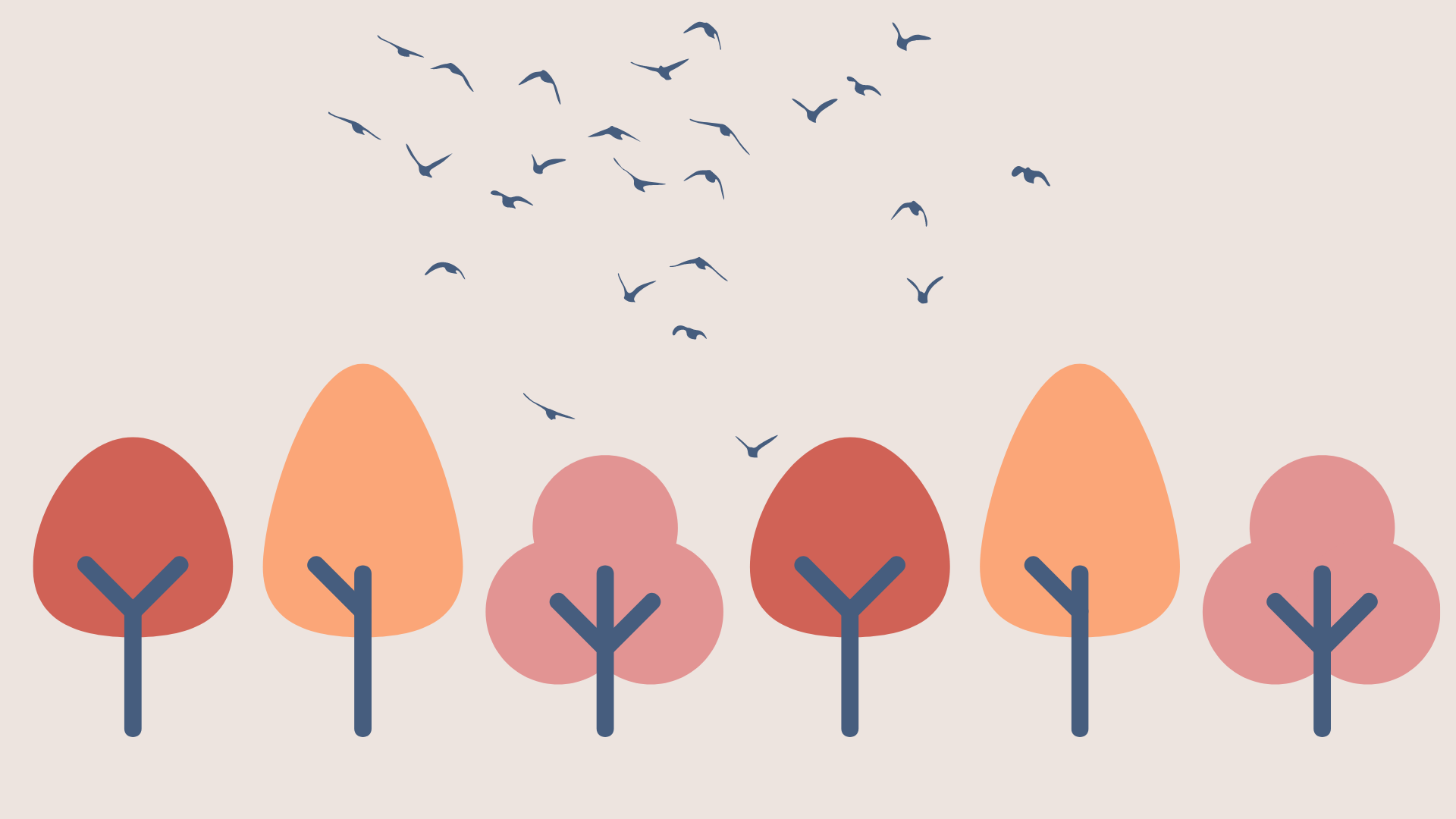 I realise that commenting on political commentary may not be the most obvious way to thrill and  inspire in my first blog of 2023, but please bear with me, I think there is something interesting here:

End of year editorials across the print media in recent weeks have noted the “return to economic orthodoxy” following the autumn collapse of the Truss administration. Some commentators have even called it a “return to common sense”.

This phrase, “economic orthodoxy”, recognises that although PMs may have come and gone, core principles of economic management in the UK have been largely wedded to a governing belief in the primacy of the market for at least the last fifty years.

Ludwig von Mises and Friedrich Hayek ignited the intellectual sparks of this movement in the 1930s and 40s. A constellation of academics and influencers, then policy makers and politicians, were gradually attracted to the flame. When a series of economic crises rocked the post war Keynesian consensus in the 1970s an alternative was ready. Margaret Thatcher’s property owning democracy, the veneration of wealth, privatisation, deregulation, growth at any price, all started here and didn’t stop there.

Governments of different hues have flexed and moderated the principles over the last half century but essentially an all-conquering economic orthodoxy took hold and hasn’t let go. It became what all pragmatic politicians promised and delivered.

Individualism, and the driving logic of the market, have defined the economy, fashioned the language of political discussion and bled into the ways in which we think about ourselves and one another. “Who is society?” asked Thatcher, “there is no such thing”.

Bit by bit, we began to disconnect the consequences of our conduct as consumers from our interests and responsibilities as neighbours and citizens.

The economic orthodoxy became the political, and the political has become the social – the new common sense, defining social behaviour and moulding an approach to our shared lives that is competitive and distrusting, impersonal and transactional, intolerant, fearful and fundamentally unfit for the challenges of today, let alone of tomorrow.

The Guardian concludes “The failure of post-Thatcherite economic orthodoxy compels Labour to expand its political imagination.”

That’s not enough. We all need to think differently.

I think there are two ways in which this history is relevant to the work of The Relationships Project and to our vision of a world where relationships come first.

First there is the “what happened “story: The one about how a neoliberal economic model has led to a systematic erosion in the currency of relationships; about how our lives, our communities and ultimately our nation states are built from the aggregation of personal relationships and about how, when these bonds fail, entire communities have been left behind, unwell and unhappy, lonely, distrustful and polarised.

And then there is the “how did it happen” story: The story about how the rush of economic crises in the 1970s swept ideas, which had been long in the making, out from the Seminar room and into the real world. It is this story that strikes me as especially relevant at the start of 2023.

In reports from our Relationships Observatory on the impacts of Covid we heard one contributor ask “can anyone come out of this and not be changed by it?” and we quoted Professor Peter Hennessy’s belief that future historians would divide the post war years into the pre Covid and post Covid periods – such would be its long term significance.

At the height of the pandemic individuals, communities and organisations changed. We saw behaviours that were principle led, rather than rules based, cemented by solidarity rather than compliance, less defensive, kinder, more emotionally responsive, personal and human. It was a time when relationships came first. We glimpsed an alternative future and largely it worked.

It is hard to escape the conclusion that if a paradigm shift needs proof of concept and a catalytic crisis, this may well be its time.

Perhaps it seems grandiose and preposterous to compare our ambitions with an ideology and an intellectual movement as rigorous and powerful as neoliberalism, but nothing starts like that. It began with a handful of individuals exchanging ideas, making models, sharing and persuading. Then a long march.

From a very personal perspective, two transferable lessons seem urgent and important to me:

I think about some of the social action I have been involved with over the years, promising to change the world with two workers and a filing cabinet, cobbling together policies, even entire manifestos, in fractions of the time required for serious labour, pea shooter budgets, fantasy time scales, honourable intentions, fabulous aspirations.

I think about Hayek and all that ensued, the painstaking realism, the serious and sustained investment of time, money and professional reputations, the dogged commitment to steady infiltration, growing and sustaining networks, building influence for as long as it takes.

Then I make the comparison: We did good stuff in the moment but too often we spoke of planting trees, when we were sowing mustard and cress.

So how can we plant trees instead of cress?

In our work on promoting relationship-centred practice, we stand on the shoulders of giants. Successful work has been patiently making the case for many years, but much of this activity has been taking place in pockets, fragmented and disconnected. Our event in Newcastle at the end of last year offered a glimpse of what might be possible when we come together to share ideas, practice and dreams. Over the next two years and beyond we hope to tend to the roots by opening up nourishing opportunities for connection, collaboration and belonging.

Our newly appointed Relationships Collective will be turning up the dial on our mission in 2023– nine brilliant, experienced relationship-centred practitioners across different disciplines, maintaining their day jobs but also helping to grow the field. Together we will be convening events, mapping the field, collecting stories, growing learning hubs and developing practitioner communities.

A new economic theory might have remained just that, an economic theory, or a passing fad, were it not for the recognition captured in Thatcher’s  pithy phrase “Economics is the means. The end is to change the soul”.

I have seen, sometimes been a part of, some hugely promising one term or one place wonder projects which have struggled to generate and sustain momentum beyond a few years or a single locality because, wonderful though the work might be, it has danced around the edges of the dominant orthodoxies and established systems. Almost by stealth, in fact sometimes deliberately by stealth, stuff happened but without a story it didn’t engage the soul of the society, small or large, that it sought to change. It didn’t move how people think. At best, the revolution stalled.

So how can we stir the soul?

Putting relationships first is a metamorphic idea. It’s a big, open, soul shaping approach with a built in capacity for regeneration. Every relationship is an agent of change – we develop as individuals and we change one another. Whenever we choose to build a relationship where once the connection was transactional, we liberate ourselves, our essential humanity, from the constraints of process and structure. So it is that every positive relationship releases another genie to pass on the magic. Talking about it across sectors and silos and in concert begins to change the soul of whatever society we inhabit.

what is relationship-centred practice?

Popular and enduring change cannot be imposed but we can open up the possibility with patient, egoless case making action on the ground, with the sustained, collaborative development of an honest, evolving narrative and, above all, with one another.

At the start of 2023 we have a two year plan and a twenty year vision. Join us. Plant trees and stir the soul.

INVITATION: Join our 2 year plan for a 20 year vision to move relationships from the margins to the mainstream

In brief It’s been a while (almost 18 months!) since we first shared our application to the Lottery’s Bringing People Together Fund to help strengthen and grow the field of relationship-centred practice. We're delighted to say that our application was successful and...