Including the network perspective in a relationship-centred practice

In this Joining the Dots blog, founder of the Reliants Project Erica Young argues for the importance of including a network perspective in relationship-centred thinking and practice. Citing some of the leading researchers in the field, she outlines how different social-network shapes can influence outcomes like academic success, emergency response times and behaviour spread, as well as social capital more broadly. 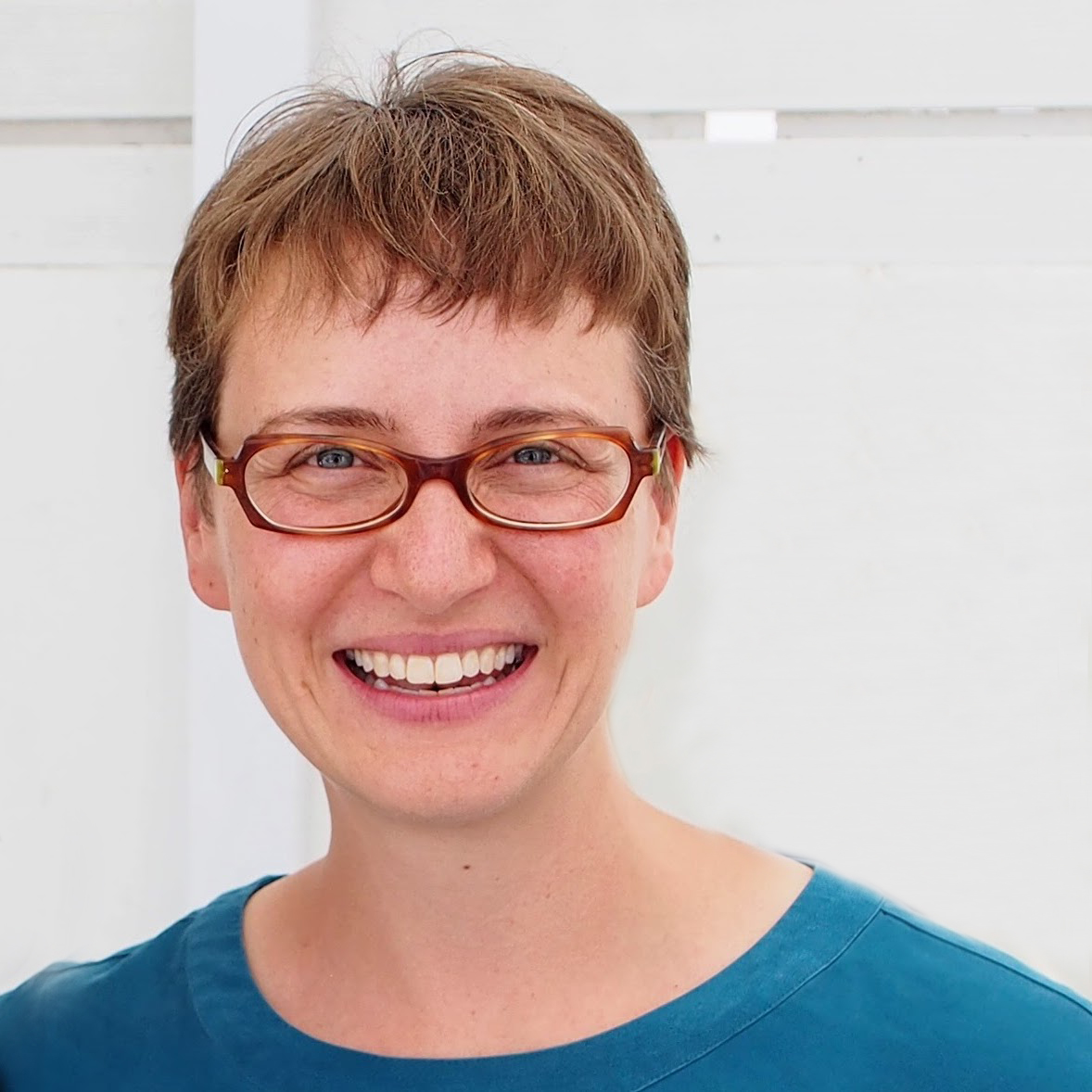 Erica has been actively studying networks and their impact on us for five years. First, as a student of life, tracking and reflecting on her own experience. More recently, as part of her role at Anthemis, a venture capital firm, applying what we know about networks to support the growth of their portfolio companies. She founded The Reliants Project as a vehicle for this ongoing work.

A Reliant is an old British car from the 1930s, but it’s also my word for a person that someone relies on, which is one of many relationships each of us needs to thrive. I started The Reliants Project to build awareness for how these networks of relationships shape our lives. Through it I highlight academic research that helps us to understand our networks and innovations that help us meet new people, nurture relationships, and cultivate communities. I also try to expose how our networks operate in ways that are counterintuitive and invisible to us. My hope is that we use these learnings to build more effective and sustainable institutions, services, and systems for our communities.

A network perspective of relationships

Many of us have come to appreciate the role that relationships play in our health, wellbeing and ability to thrive in modern society. This has been well established by the Harvard Study of Adult Development as well as the World Health Organization’s work on social determinants of health. This acknowledgement has only been heightened by the spread of COVID-19 and the resulting increase in social isolation. However, we still under-appreciate how we are shaped by all the relationships that the people we know (and don’t know) have with each other, not just our individual relationships. 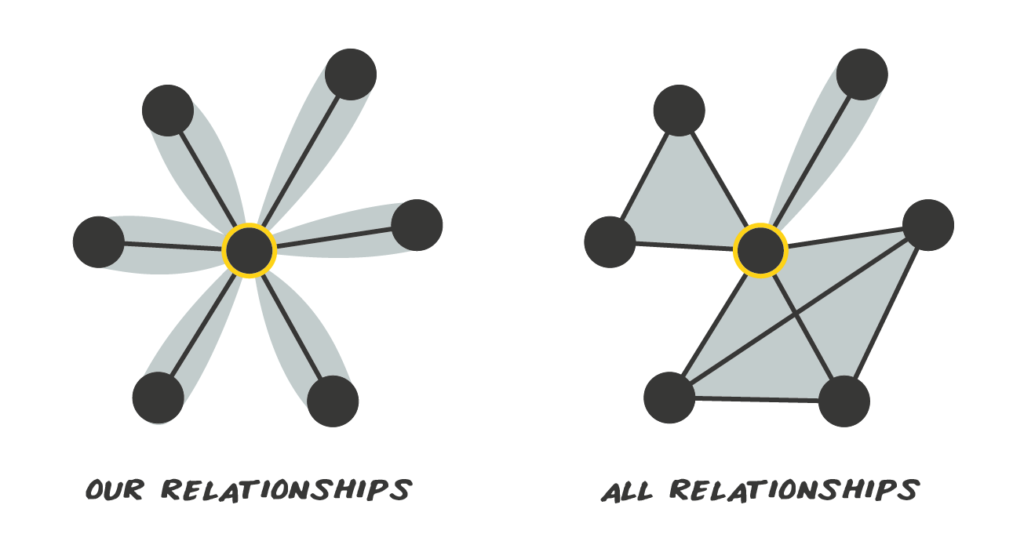 This web of relationships is what gives a network its shape. Without them, everyone’s network would look like a daisy, where we are at the centre and all of our friends and family sit around us. However, we know that our family, friends and wider community have relationships with each other independent of us. Here are three specific examples from academic research where all those relationships, not just our individual relationships, influence outcomes for us and the people we care about. This perspective should be incorporated into any relationship-centred practice to put all of the relevant relationships at the heart of our work.

Dr. Janice McCabe is an associate professor of sociology at Dartmouth College and author of Connecting in College: How Friendship Networks Matter for Academic and Social Success. When Dr. McCabe drew the friend network of a student from their perspective, she identified three different network shapes. These drawings are often called egonets or sociograms, which show a network from the point of view of the individual at the centre or “ego”. She studied students at a large, US university and found that one type of network shape could significantly help or hurt students’ academic success. She also found that this network shape was more common among specific groups of students.

Tight-knit networks drove significantly better outcomes when the friends supported each other academically. However, if the friends discouraged or undermined the academic efforts of the student, it resulted in worse academic outcomes. In her study, only 77% of tight-knitters graduated, compared with 91% of compartmentalizers and 92% of samplers. Unfortunately, minority students were significantly more likely to have tight-knitter friend networks. The qualitative interviews uncovered two reasons for this. First, there were far fewer people on campus that were like them, so they tended to band together. Second, they reported that their close-knit friend groups helped them deal with the inequality and racism they experienced.

Dr. Amar Dhand is a neurologist at Brigham and Women’s Hospital and a social scientist at Harvard Medical School. In 2019 he published Social Networks and Risk of Delayed Hospital Arrival After Acute Stroke in Nature Communications. He found that network shape could significantly delay a patient’s arrival at the hospital after experiencing symptoms. This is important because there are treatments that are only effective within certain time windows and 70% of stroke patients don’t arrive in time to take advantage of them.

He found that people with small, strong, tight-knit networks (like the one drawn above) consistently arrived late to the hospital, therefore missing this window for valuable stroke treatments. On the other hand, people with weaker ties and less interconnected networks were more likely to arrive in time. Friends and family of patients in small, strong, tight-knit networks were more likely to discuss the situation at length, debate options, and often decided to adopt a ‘watch and wait’ approach. This unhelpful behaviour delayed a trip to the hospital and access to timely treatment.

In both of the previous examples, we learned how the shape of the network directly around the individual could impact outcomes for them. Now let’s step back and look at a larger network. Dr. Damon Centola is a professor at the University of Pennsylvania and author of How Behavior Spreads: The Science of Complex Contagions. He has studied the spread of information and behaviour within networks and found that the network shape impacted how successfully behaviours spread, if at all.

First, let’s think about the difference between spreading information and behaviour. In the case of information, a person only needs to hear from someone once about a job opportunity in order to spread that information further. In the case of behaviour, people often need to see two or more others adopting a behaviour before they are willing to adopt it themselves.

In a set of experiments, Dr. Centola took three different hypothetical network shapes and timed how long it took for information or behaviour to spread to every member of that network. The first network had all wide bridges, meaning that people in the network always had mutual connections. The second network had a mix of wide and narrow bridges. The third network had almost all narrow bridges, meaning that the people in the network didn’t have mutual connections.

He concluded that new behaviours spread most effectively over wide bridges because individuals need social reinforcement and other “social mechanisms” to adopt them. While one weak relationship between two tight-knit groups is often sufficient to spread information or disease, behaviour struggles to travel across such a narrow bridge. The key insight here is that a network that is very effective at spreading disease may not be as successful at spreading the behaviours necessary to mitigate the impact.

The concept of social capital has been around for thousands of years, though it’s gained traction more recently thanks in part to Robert Putnam’s work. The OECD defines social capital as “networks together with shared norms, values and understandings that facilitate co-operation within or among groups”.

Inspired by Madeline Church’s analogy of a network as a net, I find it helpful to visualise social capital like a safety net. The more knots in the net, the safer it becomes for members of the network. Those knots can be individuals, institutions or collaborations that have relationships with other organisations in the community. This increases accountability, cohesion, redundancy and trust within a network. However, it’s important to acknowledge that as the net becomes more fine and tight, it can create a bubble. It’s hard for new ideas and ways of doing things to penetrate the surface of the bubble. As a result, It’s really important to maintain connections outside the community in order to access new information and perspectives, which are essential to be truly resilient. 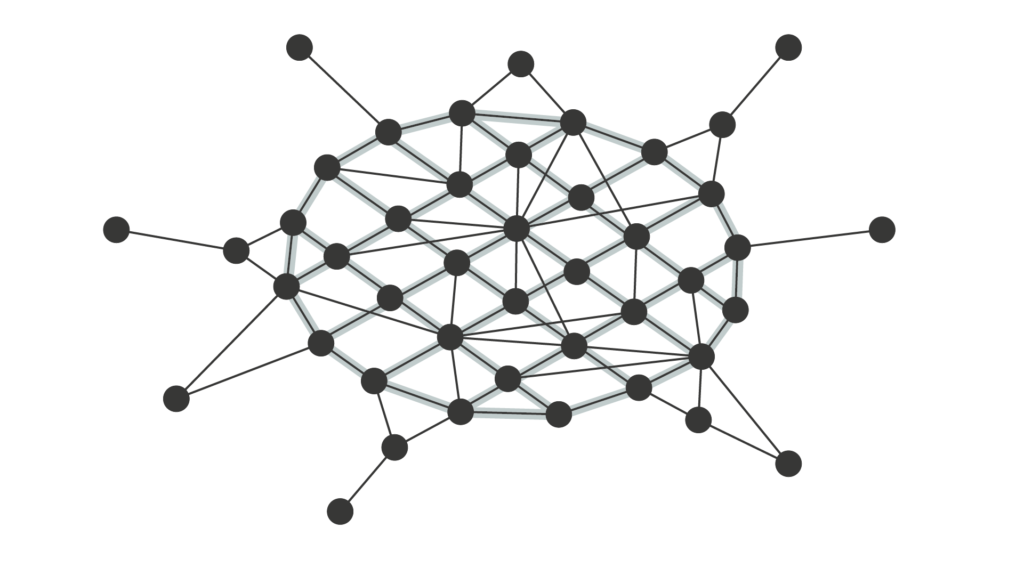 How can we support organisations, services and places to put all these relationships at the heart of what they do? Here are two things we can start doing right now to incorporate these ideas into our practice.

First, we can learn about the fundamental principles of networks and build awareness around how they might influence outcomes in our work. A great first step is to read Connected: The Surprising Power of Our Social Networks and How They Shape Our Lives by Nicholas Christakis or work by any of the leading researchers mentioned in this article.

Second, we can start incorporating simple tools into our work that help us uncover the invisible shapes in our networks. As an example, Dr. Dhand and his colleagues draw sociograms for their patients by asking them about their friend network, which are included in their medical charts. Another example might be to create a map of all relevant organisations within a community and spend time reflecting on the overall shape rather than just the individual collaborations or partnerships.

If you are interested in learning more, please visit The Reliants Project, where I discuss many of these foundational principles and explore the impact that they have on our lives. 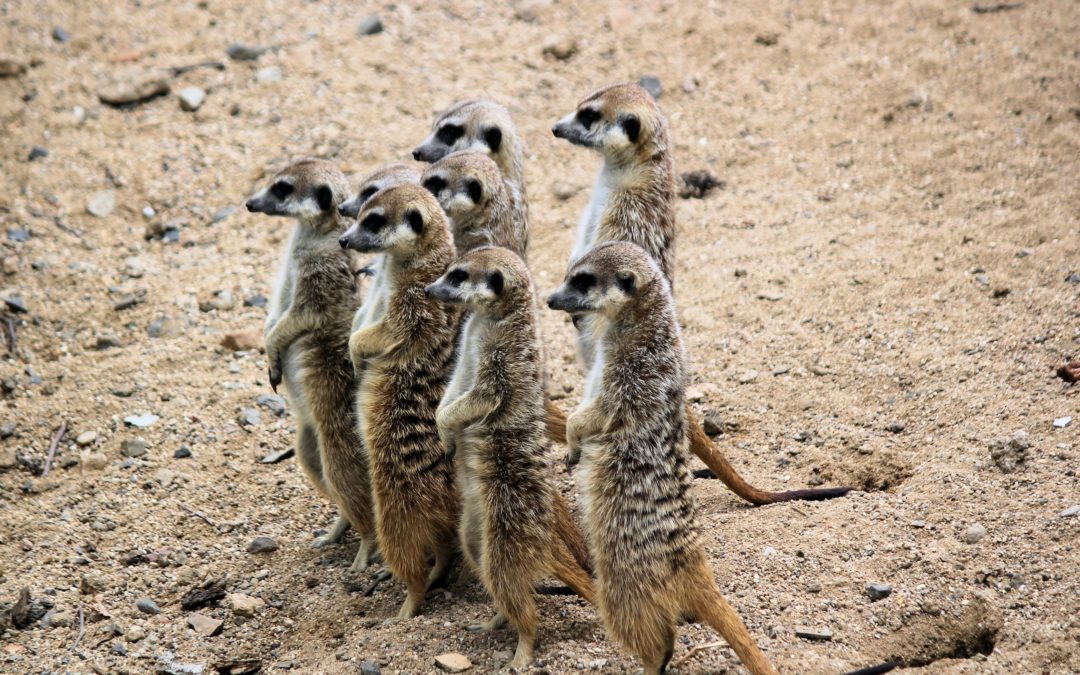 Huddle-craft: The power of micro ‘learning communities’ or ‘Huddles’

In brief In this Joining the Dots blog, co-founder of Enrol Yourself and friend of The Relationships Project Zahra Davidson discusses the power of Huddles; small, non-hierarchical learning communities who support one another to grow and learn.   Zahra is co-founder of... 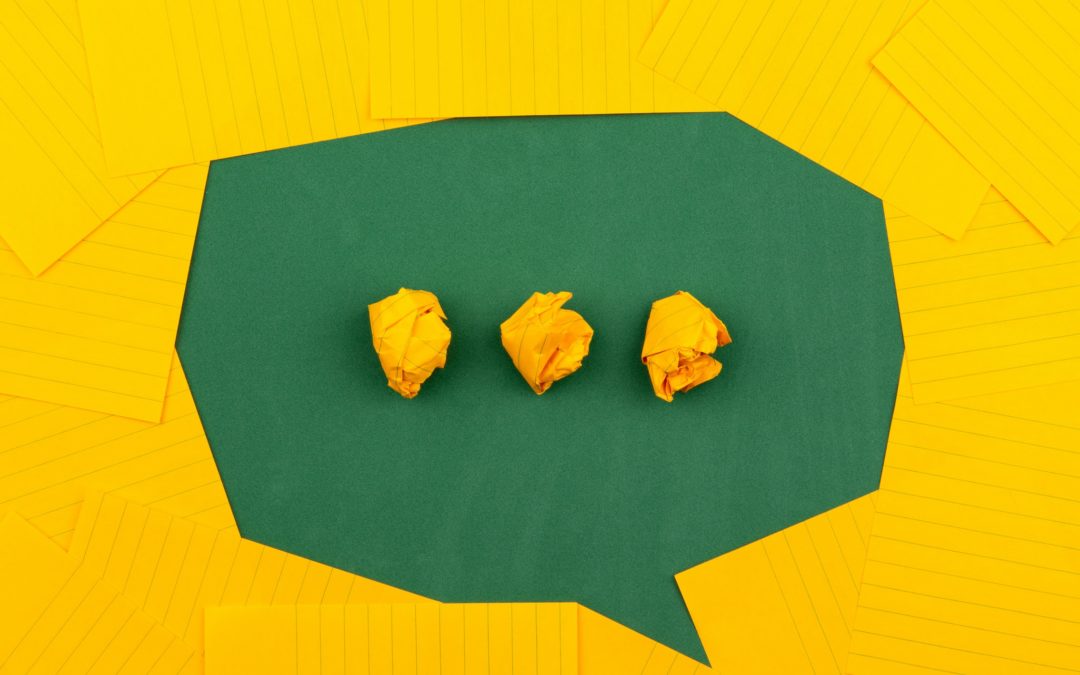 by Ben Collins | Jun 29, 2020 | Observatory Thinking, Thoughts from the field

In brief In this, the latest in our series of lockdown reflections by our network of observers, Relate's Director of Services, Ben Collins, reflects on what lockdown has taught us about power within service delivery.  Another busy week in lock down – feeling...