Capturing the spirit of the 10m 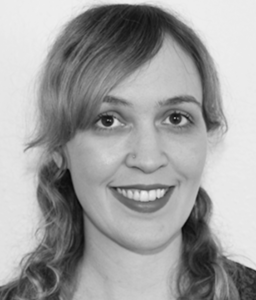 In this Observatory Sighting, Shift Researcher Leonie Shanks invites us to explore who the 10m community ‘volunteers’ were who stepped up to support their communities through Covid, and how we can maintain this energy and commitment going forwards.

We’ll be hosting a discussion on this on Tuesday 3rd November. We’d love it if you could join. 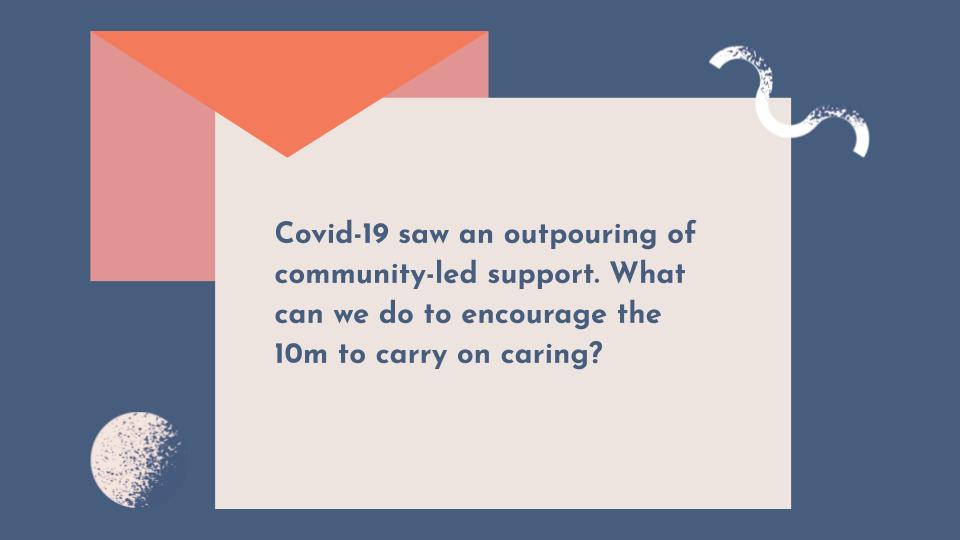 Earlier this year, when Covid-19 was sweeping treacherously amongst the cities and villages of her native country of India, the writer Arundhati Roy described the lockdown as a kind of exposing reckoning, which “worked like a chemical experiment, illuminating hidden things.” In Roy’s view, the pandemic has – in countries around the world –  shone a crude light on crumbing, inadequate and even outrightly corrupt social, economic and political systems, while also “illuminating” more hopeful, often surprising national strengths, narratives and possibilities.

We have seen this in the UK: on one hand the pandemic has had a devastating and often dramatically unequal impact on sectors, communities and prospects; on the other hand it has revealed hidden resourcefulness and latent desire and energy to make a difference – on a massive scale.

When lockdown came into force earlier this year, 10 million people in the UK stepped forwards to show that, yes, they were prepared to man the NHS phone lines, drive vulnerable people to and from medical appointments, fundraise, join local Whatsapp groups and do their neighbours’ shopping.

Think about it: 10 million. That is an astonishing number – around 15% of the total UK population. What is more, research indicates that 78% of these people wish to continue to contribute and volunteer in some form, even as the Covid-19 crisis threatens to drag out for many months to come.

Understanding the 10m: A delicate but vital project

The Relationships Project’s recent report The Moment we Noticed concludes with five invitations for people from all walks of life to join us in exploring some of the trends that have emerged out of the pandemic.

Join us in asking the 10m how to carry on caring; in working to understand the why – the motivations behind – people wanting to get involved in civic and neighbourly action, before setting out where they might go next and what might need to change in order to sustain and nurture this activity.

With support of the Paul Hamlyn Foundation, we’re starting this work now.

This is important work, and many different organisations are currently engaged in exploring similar questions – observe for example  the New Local Government Network’s report Communities versus Coronavirus: The Rise of Mutual Aid, or the Social Integration APPG’s report on Social Connection in the Covid-19 Crisis. Yet there is danger here too.

The task of a researcher is generally to understand, analyse, make sense of, and finally to simplify – to help to shape policy and offer clear recommendations about what the future might and could look like. But simplification can also risk distortion, misunderstanding or misrepresentation.

We must tread carefully to ensure that our efforts to understand and assess do not pave the way for cynical efforts to co-opt this large-scale civic participation into justifications for scaling back already-depleted support systems, or to overestimate – and ultimately to exploit – what people want and have the capacity to give.

We must be aware of forging languages and systems that alienate or intimidate people. Recall how rapidly David Cameron’s celebrated vision of a ‘Big Society’ turned to poison, becoming a reviled synonym for an austerity agenda set on stripping the country’s social infrastructure to the bone (so fetid has the term become that Cameron has apparently not uttered it since 2013).

A question of language: Why should we care?

Language always matters, but right now – at this particular juncture – it matters more than usual. It is a powerful medium through which new possibilities can begin to be created and imagined.

When the NHS issued its “rallying cry” for a “volunteer army” back in March, many of us bristled at the terminology, with its ill-fitting resonances of divisiveness and warfare – not suitable, we thought, to describe the kinds of goodwill and cooperation that were required to help us to ‘build back better.’ Yet those of us who sneered would do well to remember that not everyone thinks as we do. Some find rousing comfort in the notion of a “blitz spirit” – people like my 62-year-old aunt, who was raised on my grandfather’s stories of flying spitfire planes in World War II. She would readily admit that patriotic language has the power to summon her to action – out of a sense of duty, pride, loyalty to a recently deceased father, and connection to a fondly remembered past. To truly understand what drives people to act, organise and care, we must be prepared to challenge our own too hastily formed assumptions and beliefs, and open ourselves up fully to diversity of thought, perspectives and experience.

Would it be better to describe the groundswell of civic activity that we saw this year as a ‘movement’? Some prefer this word – it promises progress and transformation, a swift and determined march towards a different kind of future. Somewhat deceptively, it also suggests unity – a kind of ‘oneness’ – when in fact ‘movements’ are complex, and often fractious, webs of people, actions, and mechanisms. Here is Alicia Garza, a co-founder of Black Lives Matter, reflecting on her own experiences of movement-building in the wake of the 2016 presidential election:

This is a moment for all of us to remember who we were when we stepped into the movement—to remember the organizers who were patient with us, who disagreed with us and yet stayed connected, who smiled knowingly when our self-righteousness consumed us. Building a movement requires reaching out beyond the people who agree with you. I remember who I was before I gave my life to the movement. Someone was patient with me. Someone saw that I had something to contribute. Someone stuck with me. Someone did the work to increase my commitment. Someone taught me how to be accountable. Someone opened my eyes to the root causes of the problems we face. Someone pushed me to call forward my vision for the future. Someone trained me to bring other people who are looking for a movement into one.
Alicia Garza, Co-founder of Black Lives Matters
This, here, is the language of relationships. ‘Movements’ do not simply spring up out of nowhere – nor do they always point in utopian directions. There can be destructive movements, and exclusionary ones. They can subsume and silence, absorbing different causes and perspectives and identities within their all-encompassing forms.

Yet, fundamentally, they are about connection – people reaching out to others, inviting them in, offering them support, inspiration, hope, identity and purpose. One person joins, friends and neighbours follow, and so on and so on – an irresistible chain reaction.

We must strive to understand these stories of connection – how and why they form, who they readily include, and which groups are left out (sometimes deliberately, sometimes unwittingly) in the dark.

Perhaps, after all, we do not yet have the right language or conceptual frameworks to describe the multiple, colourful varieties of connection, contribution, neighbourliness and care that we have seen in the UK this year. Research conducted with 36 mutual aid groups in London found that many of the people involved in this work – in the case of many groups, at least 50% – had already been volunteering in some capacity before the Covid-19 crisis.

Terms such as ‘army’ and ‘movement’ do a disservice to those people who have been working away diligently in the corners of our social systems even while politicians and commentators have been – particularly since the Brexit vote – bemoaning the demise of our communities and shrieking about a Britain that is ever more divided, ever more individualistic.

Like the chemical experiment of Roy’s formulation, suddenly illuminating hidden things, it turns out that these helpful citizens and neighbours have been there all along.

A new national story: Putting faces to the numbers

Nevertheless, what about the other 50% – those who have gotten involved in volunteer activity for the first time? There is certainly something new here, too – a different story about our nation that waits to be told.

We would like through this research to put the human face on these numbers – to really understand who these people are, where they might like to go next and how we might help them.

Did more women volunteer than men? How were experiences and motivations inflected by age, geography, profession, ethnicity? Did students get involved? Who do we know that was numbered amongst the 10 million? What do we know about why they got involved? Did you get involved? Would you?

So writes report author David Robinson in The Moment We Noticed. We hope through this work to produce something that feels human and warm while at the same time useful and future-facing – something that helps us to celebrate and make sense of the multiplicity and complexity of the constellations of connection and care that we have seen this year, while considering what next steps might be. We’d love it if you’d join us.

Join us on Tuesday 3rd November to explore:

We hope to see you there. 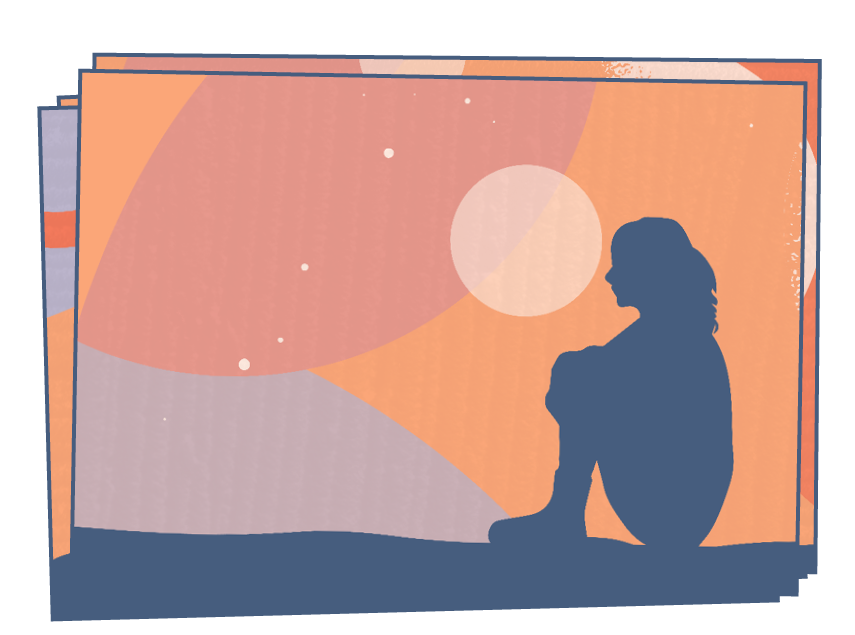 Lookout Sighting #1: School, stress and a summer of catch-up

Over the past 18 months, we’ve been hearing about adults’ experiences of lockdown through The Relationships Observatory. Now, in partnership with Summer of Play, we’re hearing from children and young people about how the past year and a half has been for them, and... 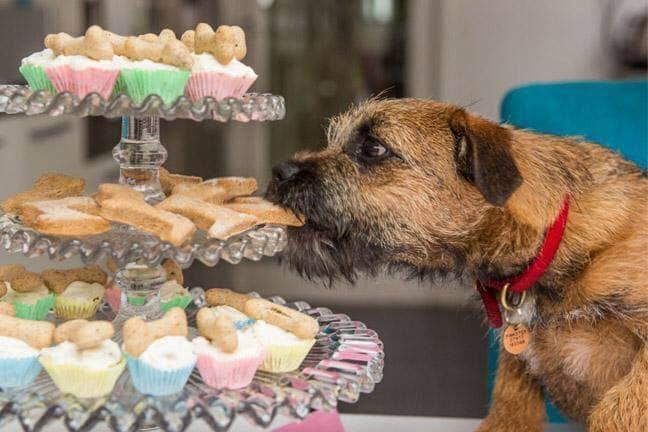 As part of our open call to Share your Story, we received this #SpiritOfLockdown account from Frauke. Frauke set up and managed a local Whatsapp group in her community which Basil the dog played a big part in, keeping spirits high and helping forge community...