Covid-19 saw an outpouring of community-led support in which 9 million ‘volunteers’ stepped forward to help out. As part of our Active Neighbours work, we’ve been interviewing people to uncover the stories behind the statistics. Here, we present Brianne’s story. 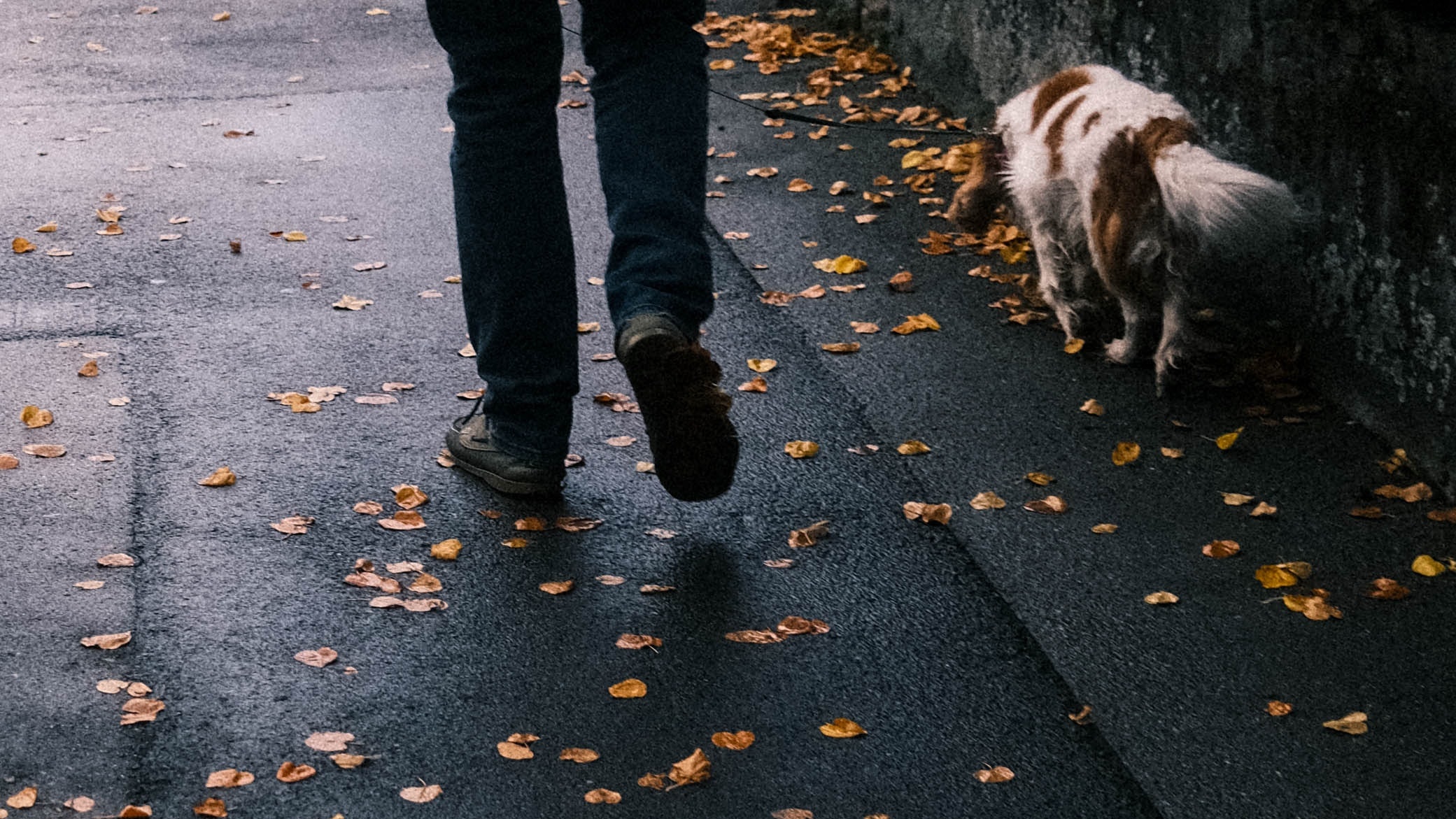 Brianne lives on an estate with her two dogs. She occasionally takes emergency care of her ten-year-old cousin, because their mum struggles with poor mental health. Brianne’s partner, a nurse, is also staying temporarily because their mum and stepfather are at high Covid risk due to asthma and kidney cancer respectively, and they don’t feel mentally prepared to live in a hotel alone.

Brianne likes her neighbourhood. She thinks it has a really nice community spirit, and she knows lots of people – mostly a result of informal day-to-day interactions rather than anything formal. She says the Irish in her means she says hello to everybody, and eventually, people start saying hello back. Her partner hates it, she says, because she’s always late to pick them up from work!

When her mum died, Brianne says her neighbours came and fed her every day – something she wasn’t even thinking about herself.

She’s also had her escaped dog returned to her twice and generally likes the vibe when out and about – the feeling that “everybody is looking out for one another.”

Even the local gang are a valued part of the community. When Brianne’s mum wasn’t well the gang knew this and treated her with kindness and respect.

When asked what she thinks makes a good citizen, Brianne says:

“Taking into consideration your neighbours, and trying to help people when you can. It could be something small you see like an older neighbour or a neighbour that might not be that well with shopping and just offering to carry it home for them. Yeah, just looking out for your neighbours and being kind.”

She does feel people are generally good citizens, although she adds that when she demonstrates what she describes as good citizenship herself, people often act surprised. This suggests others aren’t so optimistic. She also isn’t representative in her own volunteering. People she knows generally aren’t volunteering – not even her friends or neighbours.

The government’s response to Covid

Brianne thinks the government could have acted quicker during the pandemic, and haven’t always made the right decisions. She feels they could support the NHS more. Her partner is getting Covid counselling, for example, given how tough their work is. She also doesn’t think the government is telling the truth: they say nurses are getting tested, but her partner hasn’t been.

That all said, she thinks Boris Johnson has a really hard job. He will always be wrong for some people. “He’s doing what he’s doing; we just have to look after them and do what we think is best for us,” she says.

Brianne works in promotions, running events and campaigns for companies. Her work has always been ad hoc to fit around caring duties for her mum and, before that, her aunty. She often works seven days a week.

At the beginning of the pandemic, her work was hit hard. She had numerous contracts cancelled by clients. But then when life resumed during the summer it picked up again and was crazy for a while. She remains busy now, during the second lockdown.

Brianne was doing a range of volunteering before Covid struck. She had learned sign language so she could volunteer for Action Against Hearing Loss, visiting people, helping with cooking and taking them out. She did this around her work schedule, once a week or so.

Most of her volunteering, though, has been informal. On Christmas Eve, she always cooks for homeless people with a friend and their mum.

Until recently, she coordinated her dog walk to visit a homeless woman, but she no longer sees her after a large storm meant the lady was moved from the streets. Brianne’s work also means she gets lots of free stuff – often food. Before lockdown, she spent a lot of time giving this out to single parents or people struggling for money on the estate. She hates waste.

Brianne also often finds her house full of kids from the estate. Having met them out and about, she will often teach them things – cleaning her fish, doing up her narrowboat – and give them food. Often it is only then that she will meet the parents. Many of the kids have been in or at risk of involvement with gangs, and Brianne:

“Just wanted to show them there is another way to go. There is another way; you don’t have to go down that road. And if you just see that people are working and being respectful and helping other people, then you can do that as well.”

During lockdown, Brianne’s volunteering workload increased to three or four days per week, at about four hours per day.

Some of this activity has been a continuation from before Covid. Delivering free food she gets from work has actually picked up, because she received 360 Patak’s curry pastes just before lockdown! She’s also continued informally supporting those around her, for example by giving her partner’s brother her old washing machine.

But Brianne stopped volunteering for Action Against Hearing Loss just before the pandemic, and most of her activity since lockdown has been new.

She takes a blind and vulnerable lady out for walks. Brianne bought her a ‘please keep your distance’ badge for her stick, because the lady was nervous about going out under social distancing. The two have built up a friendship which has been really rewarding. “I know I’ll stay friends with her,” Brianne says.

Brianne also joined various mutual aid online groups, setting availability every week around her partner’s hours. She is always checking the groups, and has run errands and shopped for shielders. She did have one bad experience shopping for people, though, when somebody gave her a vague list that she found difficult to interpret. What kind of milk and bread? What do kids eat?

Most of Brianne’s volunteering since lockdown has been taken up with another mode of food delivery, for a food bank-like organisation. She finds the work flexible and rewarding (she doesn’t need to interpret shopping lists), although physically difficult. “

The sense of community of the people coming together to do it was really good,” Brianne reflects. She thinks there is going to be massive food poverty, if there isn’t already, even for working people.

Brianne’s main volunteering motivation is that she hates the thought of people being lonely, scared and sick, and not being able to do what they’ve wanted to do. This has been the case all her life, as she’s cared for her aunty and mum, and the feeling has been heightened during Covid.

There has been a range of volunteering challenges for Brianne.

The first has been getting out to volunteer at all. Her partner is anxious given the Covid risks, and Brianne actively went against their wishes in deciding to volunteer in the first place. To mitigate the risks, they’ve compromised with a strict cleaning routine. Despite this, Brianne did actually get Covid, and passed it on to her partner. But they are both well.

Perhaps the biggest challenge is the outlook of some of the people she has supported. She can’t shake the feeling that some people are taking advantage.

One shielder said she had symptoms, for example, but gave the impression people have been shopping for her for some time – too long to still have active symptoms. But Brianne is never going to call anybody out.

More tangibly, she feels some people don’t appreciate the support. She is keen to emphasise that she doesn’t want thanks; she simply wants to see that the person is appreciating the support through genuine need – not saying, as one person has, “I didn’t want this” in response to free food.

This has been especially tough because Brianne has spent some of her own money on fuel when delivering food, which she’s found difficult.

Finally, Brianne feels communication could have been better around some of the mutual aid work. Otherwise, she may have taken on a bigger role.

Generally though, Brianne has quite liked lockdown: she’s done something at home every day.

Brianne has also felt plenty of benefits from volunteering. The main one has been the new relationships she’s formed – with both people and organisations who can help her feed people with the free food she gets. She says:

“I met people – like the guy with cancer, who’s Jamaican. I was like, ‘When this is all over we’ll go for a Wray and Nephews.’ I won’t go to his door, but if I bumped into him I know I could start up a friendship with him and hopefully help him in the future when he doesn’t have mutual aid. So it’s just the connections that have been made, the nice people and the people who have really needed the help that I’ve met. And just seeing everyone come together. I’ve always thought this area has a great sense of community, but this has shown it even more. And it’s shown the people that don’t normally have the time to give to this community – they’ve gone ‘here you go’.”

This is linked to the even stronger community spirit she’s seen during lockdown, although this has waned as people have returned to work:

“I loved the first lockdown. I was really hoping everyone’s ways would change. And that people wouldn’t need to work as much, or their weeks would be four days instead of five, six, seven. And then I came out of lockdown and I’ve been working seven days straight.”

On reflection, Brianne feels really good to know she’s helped, especially given she made a brave decision to go against her partner and everybody is fine as a result.

Brianne wants to continue with her activities. She’s still in all the groups and knows that on her next day off she will meet the woman she walks with and will stay involved. She also plans to foster.

Time is the biggest dependent factor, and then just life circumstances – being healthy and having the ability to help. 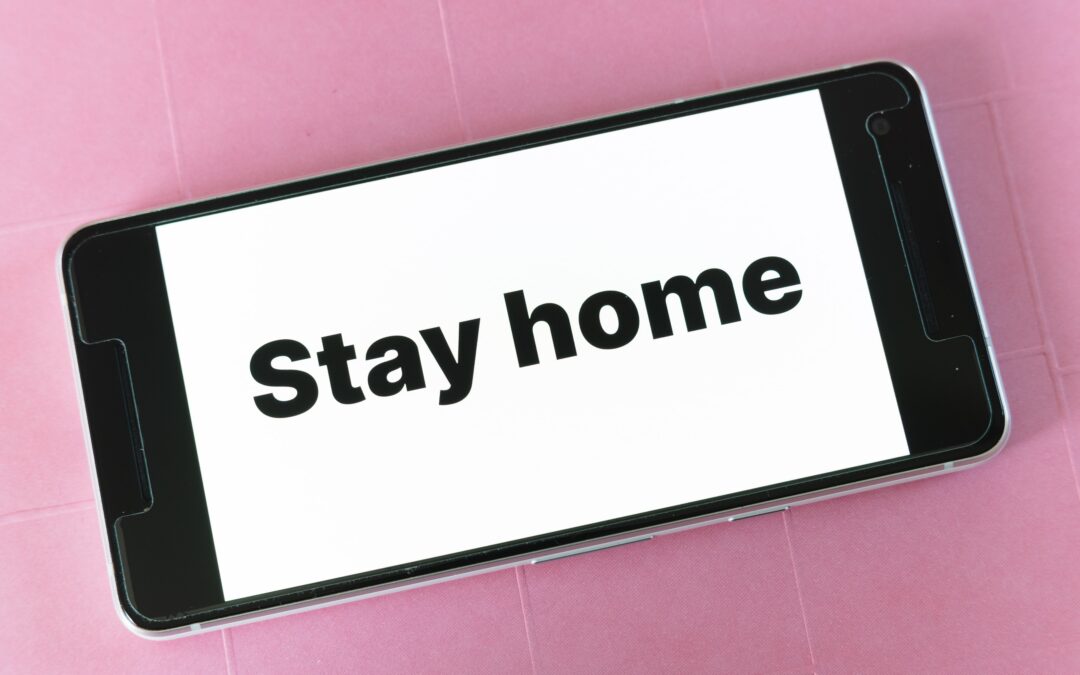 “[Covid] was an almighty stop. There are so many people that are natural doers – volunteering and helping others was possibly the only thing they could do. A lot of people potentially thought that was their only option to continue to do something. Covid gave everyone the opportunity to step slightly out of their comfort zone. Everyone needs that door to be slightly open to be able to step through [….] I just have to say that the food bank needs peanut butter, 12 hours later there will be 56 jars on my porch” 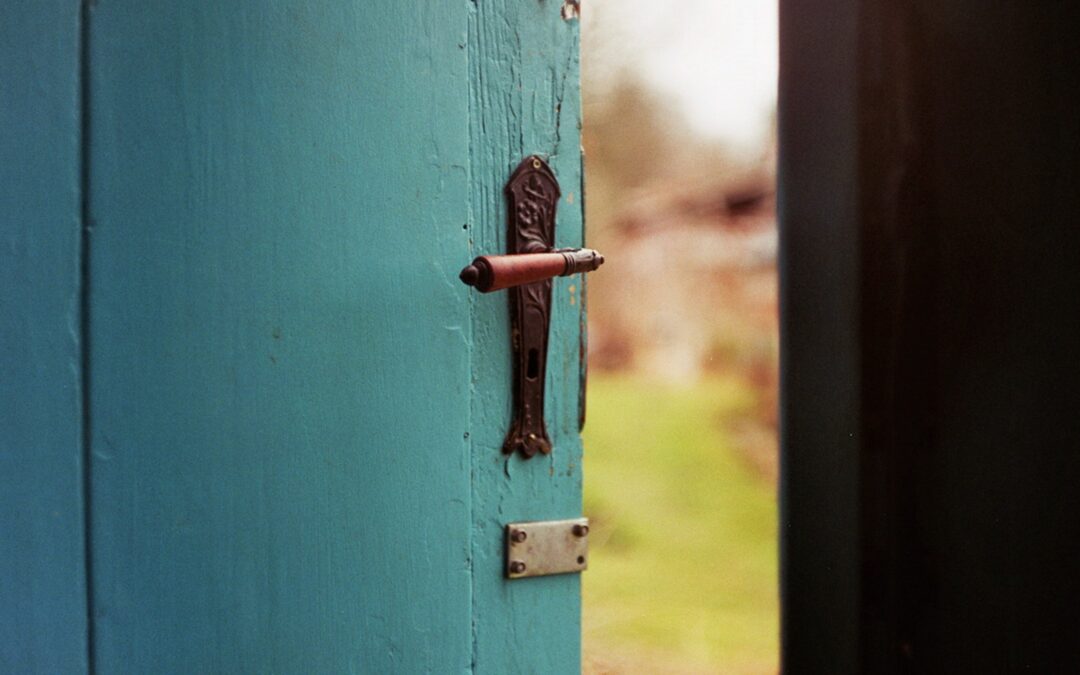 “The satisfaction you get from volunteering is really fulfilling. You get home and know you’ve helped someone that day. It enabled me to meet new people – other volunteers, those we helped. Having the opportunity to talk to some elderly people in the community. When you’re not from somewhere, when would you ever have the opportunity to talk to someone from a different generation?”